It is an autonomous establishment chartered by the state of New York. It is accredited by several professional agencies including MSCHE.
Yeshiva University is one of the oldest universities in the US that provides higher education. It provides education in sciences, medicine, business, liberal arts and other fields.
As of today, this university has around three thousand and one hundred undergraduate students, three thousand five hundred graduate students and around one thousand at its affiliated schools.
The current president is Richard M. Joel Rabbi and Dr. Norman Lamm is the chancellor of the university.
Campus:
The main campus of the university – the Wilf campus – is situated in Washington Heights. During the great depression a plan to build a Moorish revival campus was scrapped.
Building started after the depression in modern style. Yeshiva University, now, comprises of twenty colleges, schools, affiliates, institutes and caters. Several hospitals and health care institutions are also affiliated with it. 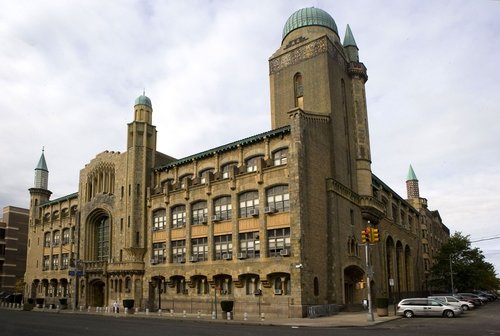